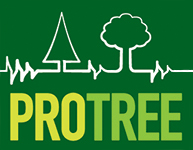 This project is sequencing the genome of a British Ash Tree from the Cotswolds. This will assist scientists in the search for genes that may confer resistance to ash dieback (Chalara fraxinea).

Scientists at Queen Mary, University of London (QMUL) in Richard Buggs' lab are sequencing the genome of the ash tree species Fraxinus excelsior, funded by an urgency grant awarded by the Natural Environment Research Council in 2013.

Trees make a huge impact on our rural and urban landscapes and contribute to a vital part of our heritage, rural economy and well-being. Preserving their health is especially important as the environment changes. In the last few years, several new pests and pathogens have emerged as significant risks to the UK’s woodlands, commercial forests and urban trees. Diseases such as acute oak decline and red pine needle blight have become established in the UK, and the outbreak of ash dieback at the end of 2012 illustrates how rapidly new diseases can take hold, and the scale of the threat they can pose to trees. An increase in trade in plants and plant products has contributed to new pests and diseases entering the UK that are capable of causing serious damage. Climate change may also be increasing the risk of these pests and diseases establishing and spreading. There is a range of  threats on the horizon. (See Briefing from the Parliamentary Office of Science and Technology attached)

Living With Environmental Change (LWEC) was established in 2007 as an innovative partnership of 22 public-sector organisations that fund, carry out and use environmental research, evidence and innovation. Its aim was to provide decision-makers in government, business and society with the knowledge, foresight and tools to mitigate, adapt to and benefit from environmental change.